Newton, Ma. : Eliza Teplow has been part of the Valeo FC community and girls program for two years. She transitioned her way to Valeo as a u11 player with coach Brian, who still coaches Eliza. Throughout her growth as a player, Eliza developed a strong passion as a goalkeeper and began to master her craft as a leader and "general of the field".

Eliza has created a name for herself as an elite level goalkeeper playing for the Valeo FC 2004 Flash Elite. It did not take long for Eliza to be recognized and at a regional level, as her success, competitiveness and sheer work ethic has made her a stand out.

This past week, Eliza was formerly invited to participate in the National Training Center at the Massachusetts Youth Soccer Complex in Lancaster, MA.  The National Training Center is a collaboration of the best players in the state and regional areas. The NTC's are facilitated and evaluated by youth national scouts who make selections for the national camps and national pool selections.
On behalf of all of us at Valeo FC we want to wholeheartedly congratulate Eliza and her early success! 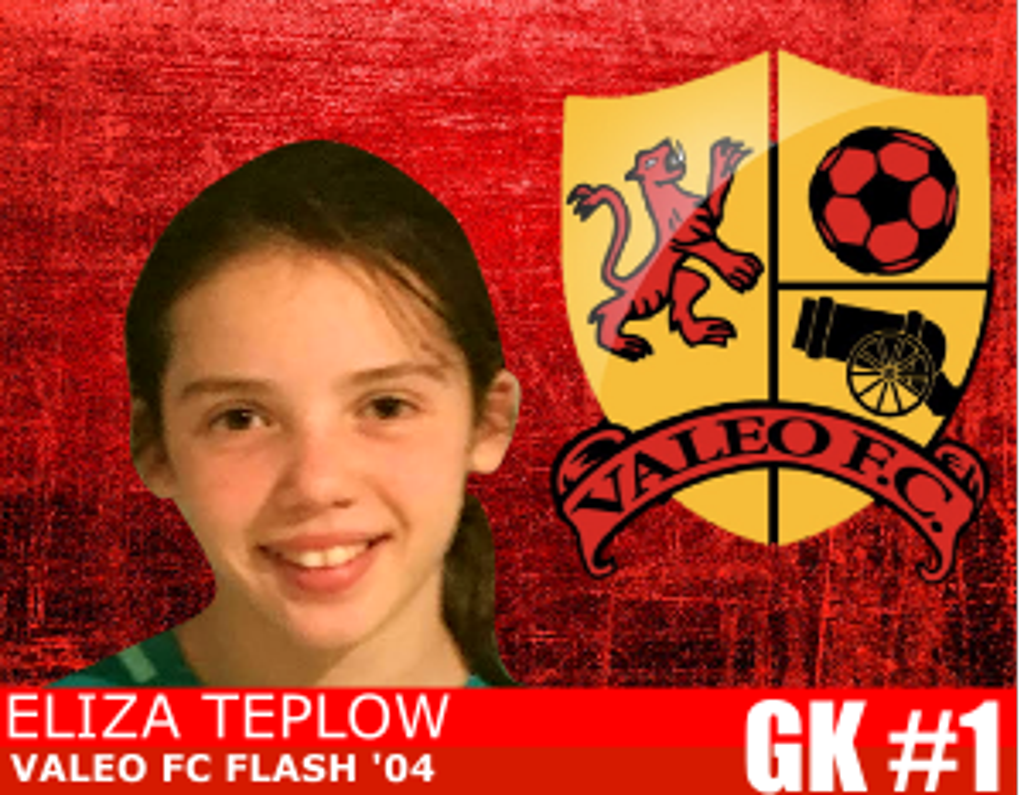